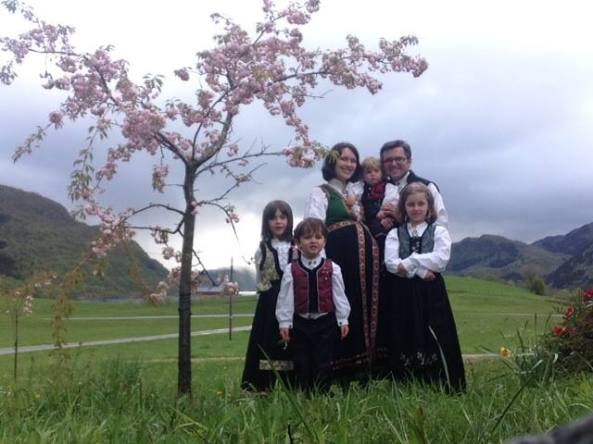 Imagine sending your two oldest children to school only to never see them again. Imagine law enforcement showing up to your home and removing three more young children, one of whom is only 3 months old and brutally snatched off his mother’s breast.

Is this a scene taking place at the hands of the brutal Islamic State in Syria or Iraq?

Is this a description of Nazi action in 1930s Poland?

This is taking place in the modern, civilized western nation of Norway. The most controversial Child Protective Service in the world (Norway Barnevernet) is terrorizing the families they are supposed to help.

The Bodnariu parents, Marius and Ruth, have been the latest victims of this ruthless system. About 3 weeks ago, their 5 children have been abducted by this governmental agency without warning, and without consideration for things as basic as the mother-infant bond that is so critical in early infancy. All this without any sign of physical abuse on any of the children.

The initial accusation against the parents was Christian radicalism and indoctrination, which in itself is ridiculous.  Radicalism as in radical following of Jesus and His teaching? Preaching that Christ is the only way to salvation? Following biblical principles of raising children to worship God? These are the radical things that the Islamic State is fighting against, and it now appears that the Barnevernet is doing the same.

A growing number of documented abuses by the Norwegian agency is found on the internet and many are finding their way into the press. There are YouTube videos showing the actual kidnapping of children by Barnevernet.  There are cases where minority groups have been targeted.

But the Bodnariu case is special and unique. It is creating the perfect storm that must take down this abusive agency.

1. It involves an international family (Romanian husband and Norwegian wife). This must lead to European Union governmental agencies and international attorneys getting involved. The international press has started picking up the case (Christianity Today and others), and some TV channels in Romania have publicized the case as well.

2. They are a faithful evangelical family (Pentecostal denomination) with deep international ties via a wide network of churches from Europe to Australia, to America. News travels fast in this community and the faithful are uniting behind this family

3. Social media has exploded in their support. Facebook pages have been created to help them

4.  An online petition to bring the children home has reached 28,500 signatures

5. A number of bloggers have been exposing this criminal action (Popas Pentru Suflet, RodiAgnusDei)

This is reflecting a terrible light on the government of Norway and we must continue to expose them. We must mount public pressure on Barnevernet by sharing stories like the Bodnariu nightmare, and filling up the internet with protest against this kind of anti-family terrorism. Court battles can be influenced by what happens online and in the press.

Delight in Truth will start publishing articles with aspects of this case and other cases as well to document how Barnevernet destroys families instead of helping them.  Please share. Get the word out. Let the world know because apparently Norway cares about its image as it has threatened Barnevernet victims to not publicize their cases.