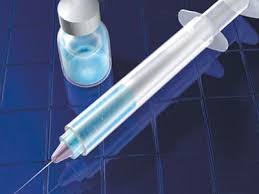 Euthanasia or physician induced suicide is drastically different from comfort care in the final days or weeks of someone’s life.

Here are some clarifications:

Euthanasia – the intentional physician induced killing of a person for his/her alleged benefit.  The physician ensures that the act is not “botched,” and is typically done by physician or nurse-administered lethal injection.  This is currently legal in a some countries but it is illegal in all the States in the Union.

Physician aid in Dying (PAD) or assisted suicide – here the physician prescribes the lethal injection while the patient self-administers it.  Some form of this practice is legal in Oregon, Washington and Montana.

End-of-Life Comfort Care or Hospice Care – the palliation or alleviation of symptoms at the end of life for terminally ill patients.  The physical goal here is to treat pain and respiratory distress using narcotics which ease the dying process.  Emotional and spiritual care are typically a part of hospice as well.

I have made the argument (here) that euthanasia (and suicide assisted in any way) is a crime against God because we do not have the right to give or take life.  But it is important to realize that comfort care given to a patient who has arrived in the final stages of illness is NOT an assisted suicide.  Comfort care is a compassionate act aimed at making physical and emotional pain manageable in the last few hours to weeks of life.

What about administering narcotics like morphine or fentanyl to patients with end-stage illness?  Doesn’t that directly lead to the patient’s demise?

The answer is NO.  They help ease the patient’s passing, and they are not meant to actually kill him.  The disease pathology ultimately causes the patient’s demise.

As pneumonia or airway complications are usually the final road to passing in many terminally ill patients, the narcotics used in comfort care also help in alleviating the respiratory distress that can become a problem in the last day or two of life.

Anyone who watched a loved one pass away from terminal illness can probably attest that comfort care is almost a polar opposite to euthanasia.

Our God is a God of love, mercy and compassion.  His children must demonstrate and practice these communicable attributes we have received from Him. Compassionate care for terminally ill is in line with these godly attributes.  I do not think it is a stretch to apply this verse to the goal of comfort care at the end of our patients’ lives:

“3 Praise be to the God and Father of our Lord Jesus Christ, the Father of compassion and the God of all comfort, 4 who comforts us in all our troubles, so that we can comfort those in any trouble with the comfort we ourselves have received from God.” 2 Cor 1:3-4

Deaf Belgian brothers Marc and Eddy Verbessem underwent doctor assisted suicide at age 45 after they were told they were going to be blind as a result of a progressive eye disease called glaucoma.

Belgium legalized euthanasia in 2002 and the number of cases has risen every year since. In 2011, 1,133 were granted the right to die, of which 86 percent were at least 60 years old and 72 percent suffering from cancer.

What makes this case even more appalling to Christians who value the life that our Creator put in us, is that it was approved under the requirement of “unbearable pain.” The news that blindness would be the end-stage of their illness in the future was described as too much to bear.

The brothers enjoyed a cup of coffee together, and reportedly had a rich conversation right before they received the lethal injection. These are important details to note because they show that the brothers were not depressed, in fact they had fought to earn the right to die for much of the previous two years!

Where is the hope, the joy, the expectation of salvation that is associated with life? The one who came into this world to kill and destroy, the ancient serpent who initiated the fall of man has blinded them into believing that death is the answer. There is nothing more untrue than that.

The life we have been given is not our own, and born-again Christians understand this fundamental truth. Our life and even our bodies are not our own.

Paul tells us in 1 Corinthians 6:19-20 that “… your body is a temple of the Holy Spirit, who is in you, whom you have received from God. You are not your own.” What right do we have to kill our body?

Even our life is not our own. Again Paul tells us in 2 Corinthians 5:15 that “those who live should no longer live for themselves but for Him who died for them and was raised again.”

Romans 8 names the Holy Spirit as the Spirit of life.  And it is by the Holy Spirit that life is continually sustained:  “If it were [God’s] intention and he withdrew his spirit and breath, all humanity would perish together and mankind would return to the dust.” Job 34:14-15

These are just a few of the reasons why we believe that euthanasia is a sin against God.  He alone in His manifold wisdom and purpose can give and take life as He pleases.

These two brothers made a sane, calculated decision in their actions.

We know that death by suicide or euthanasia is not the answer when difficulties arise in this fallen world.  Jesus is the ultimate solution because only He can restore hope in affliction and eternal life after our passing.

America voted and the results were not only wrong and unwise, the critical choices made were ungodly. In most situations where a vote hinged on biblical principles, America decided to go against God.

I do not pretend that this is Christian country or that it ever was, but America was founded on Christian principles, and we have a large population of Christians. But their voice was drowned out by an increasingly secular majority.

1. Colorado has legalized the recreational use of the psychedelic drug marijuana. It is now legal to get high in the mile-high city. Three other states legalized marijuana for medical use.

3. Maryland, Maine, Minnesota and Washington all voted in favor of gay marriage. This was a huge sweeping victory for LGBT activists in four out of four states. They succeeded in elevating this issue to the level of civil rights.

4. America re-elected Obama, who supports the pro-abortion agenda, the forced contraceptive mandate, the desecration of the traditional family, and has taken an anti-Israel stance on multiple occasions.

But ultimately we know that God is in control of past, present, and future, and everything that happens contributes to His mysterious plan.

We will now wait and see how His mighty plan will unveil itself in these last days.

All material authored by Delight in Truth may be reblogged and re-posted with reference and link to the site of origin.
Loading Comments...
%d bloggers like this: