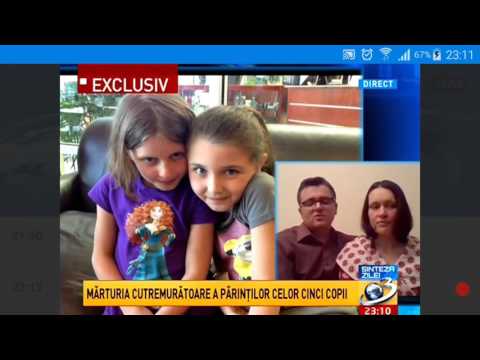 The intense international pressure has had a positive effect in the Bodnariu case, as the parents have been allowed to see all children by now. Barnevernet has never experienced this kind of pressure before and are trying maneuvers to appease public opinion. They are scheduling town hall meetings with immigrant families to “help them understand” how the system works, and are doing a blitz campaign in the media accusing the international community of misunderstanding Barnevernet actions.

Well, we understand all too well.  We know their human rights violations, and as a result of increased access to details in the case we know that Barnevernet has been manipulating the children in a horrible way.

Professor Marianne Skanland has been closely watching their techniques over the years and is shedding some light on how the girls responded when they saw their parents:

“One of the really vicious things to my mind is that it appears that the CPS have led the girls to think that their parents were dying. At least, this is the way it is expressed in Daniela Maris interesting article (here):

“One of the girls declared [in a letter]: “I thought you were going to die.” I am not in the least surprised. The most likely reason for the daughter thinking such a cruel thing would be that the CPS had said to them, “You are going to get new parents.” There are certainly report of the CPS saying that to children…”

“With the two boys, ages five and two, Matei and Ioan, the situation is even more inhumane. According to the attachment theory this is the age when repeated breakups will have an effect similar to that of mourning, as in mourning after a person has died. As a result, Ruth was permitted to see her sons periodically, so that they could develop aggression toward her. The end goal? In the end they won’t want to see her anymore. This is what the theory is telling us should happen. This is the reason why one of the boys asked “Did daddy truly say he misses me?”

The Norwegian CPS is under the microscope and we are finding a well-financed, brutal, dishonest and inhumane system at work.  We will not let these details slip by. Please let the world know.

11 comments on “Shocking Psychological Tactic from Barnevernet Toward Young Children”